Home security systems can be simple or elaborate. They range from installing a CCTV system monitored by a security company to the connection of a couple of motion detector lights. Even if you don't want to install an elaborate network, you can still take measures to make your home safer. Consider the following tips.

If a burger plans to break into a house, they'll typically want to remain concealed from the street. If the front and side garden of a home is filled with thick bushes, they can go about their invasion undisturbed. To take away the intruder's comfort, trim any trees that block windows or doors. Pay particular attention to the side of your home, as intruders like to target openings that don't face the street. After all, if your yard is visible from the road, from their perspective, a passer-by could see them and call the police. A burglar wants to remain hidden, so do whatever you can to let them be seen instead.

To make a criminal feel more vulnerable at night, you could install motion sensor lights around your house, at the front, side and back. If a light flickers on, they won't know if they've been seen. You can also connect motion detectors that talk wirelessly to a smartphone app, which notifies you of any movement so that you could take action. These detectors can be either outside or inside a house.

Security Screens for Windows and Doors

Burglars usually gain entry through windows or doors, which provide vulnerable entry points. After all, they can't break through a wall. Thus, make these openings hard to penetrate by fitting security screens. For a product to be labelled as such, it needs to comply with strict Australian standards. The screens have to pass a range of tests that simulate an attempted break-in. For example, the tests will mimic someone trying to shove through the mesh, jemmy it from the side and shear it with a knife. Only screens that pass these tests are sold as security screens.

You might also choose to install cameras that can fit inside and outside your home. You can even place fake cameras that look like the real thing. An intruder won't be sure if their image is being recorded. Some security cameras record the images so that if you arrive home and discover a break-in, the criminal can potentially be detected and the goods returned. Other security cameras connect wirelessly to a smartphone, and you can view the footage and call the police immediately. 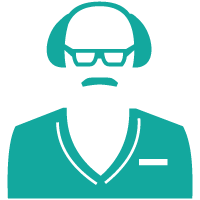 My name is Liam and I own a number of retail stores in Sydney, Australia. Last year, there were a number of break-ins at the stores and we lost a lot of valuable stock. Of course, I was able to claim on my insurance but it was a lot of hassle. My friend suggested I contact a security expert so I could get some advice on how to protect my stores. He was a great guy who suggested that I install CCTV, new security doors and have a night-time patrol. Since then, there hasn't been any problem with people stealing from my stores.

Tips for Increasing Your Home's Security
2 June 2021
Home security systems can be simple or elaborate. They range from installing a CCTV system monitored by a security company to the connection of a coup …

How To Hire Security Guards For Your Home Or Business
4 January 2021
Security guards are the human aspect of your home and business security system. Other than deterring theft, experienced guards can monitor the securit …

Top Considerations When Installing Outdoor Security Cameras
18 August 2020
Without a doubt, the security camera is one of the greatest inventions in the technology world. With increasing cases of crime being reported, the nee …